Can Exercise, Nutrition, and Biofeedback be as Effective as Drugs in the Treatment of Depression and Anxiety? 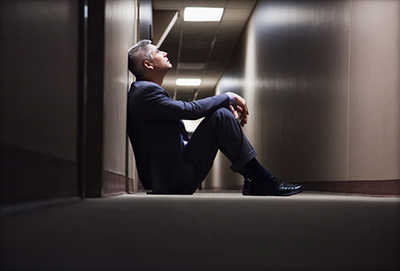 Depression is a low mood state that occurs majorly due to the occurrence of the unfortunate incident, loss of loved ones or something very precious to an individual. It can be a response that occurs temporarily due to unfortunate or unwanted circumstances, drug reaction, or part of a primary disorder called major depressive disorder. Depression affects your feelings, thought and actions, Depression can lead to dangerous feelings and thoughts like the suicidal thought. It was discovered that people suffering from depression tend to have terrible thoughts like depression, live a reclusive lifestyle, and decrease social interaction with people. It can affect the normal day-to day activities of an individual and can lead to increase the risk of suicide. Depression is a persistent problem that occurs over an extended period it is characterized by a consistent low state of mood, feeling sad all the time, losing interest in people, environment and things that once serves as a source of joy to the individual. It is also called the blue mood due to the consistent low state of mood.

What is the difference between depression and sadness?

There can be a scary question going through your mind right now; I felt bad or sad this morning after seeing my exam result or getting the test result from my doctor. Am I suffering from depression?  No you are not suffering from depression, you are just feeling dad, We all feel sad once in a while due to an unfortunate occurrence or when an expectation is not met, Like failing an exam or job interview, Working so hard on a project and still failing , But the interesting about sadness, is that you overcome it after a while when you do something you love, or that makes you happy, like hanging out with friends, playing a video game, or doing anything as a form of distraction. |Sadness ends once you can find something else to make you happy and forget the bad occurrence. However, in an individual suffering from depression, this feeling of loneliness and sadness persists for a longer time. An average duration of clinical depression is six to eight months. Unlike sadness, where the mood can be changed due to participation in the exciting and funny thing, A clinically depressed individual feels unmotivated to do things they once loved. A person is diagnosed depressed when a person has a persistent feeling of sadness, motivation to do things they once loved, hopelessness, for a long duration of time.

Gender prevalence: depression is more common in women than men, This is believed to be due to the emotional liability of women, Women are emotional beings, and even their hormones and menstrual period plays a significant role in how they feel.

Majorly, depression is a multifactorial disease that is caused by a combination of a lot of factors It can’t be streamlined to one cause; it is often due to a combination of different reasons. The primary causes include:

People at higher risk of having depression

Signs and symptoms of depression

The signs are symptoms may vary due to gender and age difference. For example,

Men diagnosed with depression are easily fatigued, angered, and irritable, with a high tendency for reckless behavior, drug and alcohol abuse. Most men due to their egocentric behavior do not seek help faster.

A woman diagnosed with depression tends to feel sad, without worth and guilty more often than women without depression.

Depression in young children can be characterized by a refusal to go to school, increase anxiousness after separation from parents or fear of the death of parents.

Depressed teenagers have increased the tendency to be irritable and always get into a problem at school. They also have various eating disorders like anorexia and bulimia nervosa.

General signs and symptoms of depression must include at least five of the  following    for at  least two weeks(SIGECAPS):

·   Sleep cycle alteration: A depressed individual might suffer from insomnia (lack of sleep), or somnolence (oversleeping).

• Interest reduction due to boredom with things they once enjoyed: Depressed people often get bored with the thing that was once their favorite hobbies. This can be disturbing for this individual, and this feeling is pathognomic for depression.

How Does Exercise Help Relieve Depression

Exercise helps in reducing depression by stimulating the brain to release various beneficial hormones and neurotransmitters that assist in lifting our mood. After exercise, we have a euphoria –like a mood due to the body’s anti-depressant (endorphins) that are released. Exercise also increases the level of serotonin and brain-derived neutrophilic factor that helps lighten our mood and fight depression. It was discovered that exercising moderately for five times a week and forty minutes each, produces the same effect as taking an antidepressant drug. To get the best result from this therapy, It has to be progressive and an exercise you enjoy.

The exercise needed for the relief and recovery of depression ranges from just walking with your pet to working out in the gym. The type of exercise is not the most important, the most important is the consistency in training, and making the exercise a part of your lifestyle. The different activities include: walking, running.Yoga, working out in the gym. What you need is to maintain a healthy lifestyle and keep contracting those muscles.

Anxiety can be defined as a state of unease or uncertainty about a future event. We all develop anxiety from time to time, but it becomes a disorder if it affects our day to day activities.

The signs and symptoms of anxiety include:

Anxiety can be treated using pharmaceutical and nonpharmaceutical methods like exercising. Due to the numerous awareness created for regular exercise for treating and preventing anxiety, the most common question  How Does Exercise Work in the Treatment and Prevention of Anxiety?

Anxiety by definition is a state of uneasiness and restlessness; Exercise helps in negating this above explanation by helping the body relax through the production of hormones. Exercise helps in the activation of monoamine, and opioid system, It also helps in the release of various neurotransmitters such as serotonin, brain-derived neutrophilic factor, adenosine, endorphins, and atrial nature uretic peptide. It also helps in the treatment of anxiety by serving as a form of distraction and increasing the body’s core temperature.

The relationship between Breathing Exercises for Anxiety and  Anti-Anxiety Medication

Both exercise and medications have their different roles in the treatment of anxiety; Breathing exercise is necessary due to to the relationship between breathing and anxiety. It is advisable to try various non-pharmacological treatments before the prescription of medications.

Biofeedback is a technique that helps in taking control of the involuntary functions of the human body, using an automated machine. It can be utilized in the treatment of various diseases including psychiatry disorders (Anxiety and depression).Biofeedback can be utilized in the treatment of anxiety, by helping the anxious individuals to understand how their body responds to stress. It involves the graphic and audible display of recital signs of the person when under pressure. It also helps in the regulation of hyper-arousal state of the individual.

Now that you know the difference between depression and anxiety, How to manage them, and various exercises to treat them. Your days of being scared of anxiety and depression are over, Contact the nearest physician near when you notice the “SIGECAPS” symptoms, and always remember, frequent exercise and proper nutrition are friends of the body even in your depressed or anxious state.

A Eyre, H. (2014). The Role of Physical Activity in the Treatment and Prevention of Depression Mediated by Immune Modulatory Effects. Journal of Yoga & Physical Therapy, 04(03).

Anderson, E. and Shivakumar, G. (2013). Effects of Exercise and Physical Activity on Anxiety. Frontiers in Psychiatry, 4.

Martinsen, E. (2008). Physical activity in the prevention and treatment of anxiety and depression. Nordic Journal of Psychiatry, 62(sup47), pp.25-29.

Sandler, I. (1999). Progress in developing strategies and theory for the prevention of depression and anxiety. Prevention & Treatment, 2(1).