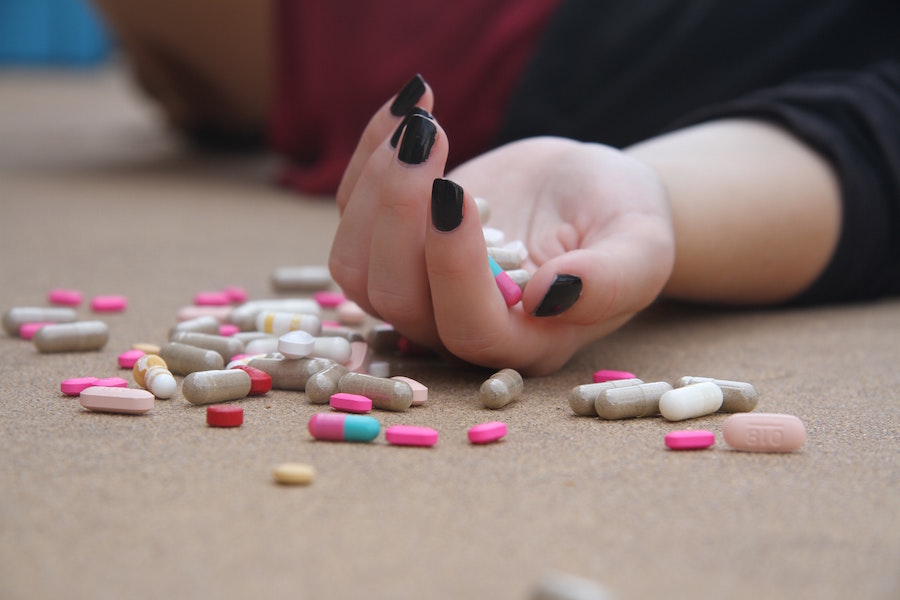 Many people believe that a prescription medication from a doctor is safer than illicit drugs or excessive alcohol consumption. However, this is not the case. Abuse of these prescription drugs can lead to various mental and physical health problems, including addiction and overdose.

Valium has some serious side effects which include mental disorientation, depressed breathing, seizures, and suicide.

As with another benzodiazepine, Valium can cause drug tolerance and addiction among users. If the drug is suddenly discontinued, it can cause life-threatening withdrawal symptoms

Demerol is a brand name for meperidine. It is often used as a sedative to help put people to sleep before a surgical procedure.

Street names for Demerol include Demmies and Pain Killer.

Ambien is the brand name for Zolpidem. It is typically prescribed for people with difficulty sleeping. Ambien acts very fast, usually within 15 minutes after use. Chronic usage of Ambien can cause drug tolerance, which can lead to physical dependency among users.

When taken in high doses, Ambien can create feelings of euphoria and excitement. These feelings are what make Ambien such an addictive substance.

Percocet is a narcotic pain reliever used to treat moderate to severe pain. It is a combination of oxycodone and acetaminophen (Tylenol). The Tylenol helps to enhance the effects of the oxycodone but has no influence on the abuse potential. However, increases the risk of liver damage among users.

As with other opioid pain relievers, Percocet can be abused due to its pleasant feeling when taking in high doses. Death can occur due to severe respiratory depression.

Adderall is a stimulant used primarily to treat ADHD. In some cases, it is prescribed as a cognitive enhancer and help people who suffer from chronic fatigue syndrome. It was previously used among athletes as a performance enhancer. The amphetamine in Adderall can make athletes feel stronger, energized and motivated. This makes it easily desired among athletes and performers who want to accomplish more than they usually would without Adderall. But it has since been banned in organized sports

Suboxone is a brand name for buprenorphine. It belongs to a class of synthetic opioids medication. Suboxone is commonly used to treat people that are addicted to opioids and heroin. It is also prescribed by doctors to treat patients with moderate to severe pain.

Side effects of Suboxone use/abuse are similar to other opioids which include dizziness, memory loss, extreme drowsiness, cognitive impairment, and at a higher dosage, possible coma or death from respiratory depression

Vicodin, just like OxyContin, is an opioid painkiller. It is often prescribed to treat chronic and post-surgical pain. Vicodin also contains acetaminophen to help relieve symptoms of fever and body swelling.

Unlike other opioids, Vicodin does not actually decrease the source of the pain but rather alters the user perception to pain. The altered perception and pleasant feeling make it so sought-after as a drug of abuse. Despite its euphoric side effects, chronic use of Vicodin can cause sedation, impaired coordination, slow heart rate, respiratory distress, paranoia, brain fog, and depression.

Vicodin the brand name for hydrocodone combined with acetaminophen. Similar brand names include Lortab and Lorcet

OxyContin is a brand name for oxycodone, a synthetic opioid pain reliever. It is typically prescribed for treating acute pain and sometimes chronic. It can also be a viable substitute for morphine when treating patients with pain from advanced stage cancer.

Just like any other opioids, OxyContin is readily abused among users and can lead to physical addiction. In order to prevent unpleasant withdrawal symptoms for chronic recreational users, it is often advised that it should be discontinued gradually, by slowly lowering the dosage, rather than abrupt cessation

Xanax is a brand name for Alprazolam. It belongs to a class of benzodiazepines medications. It is prescribed to treat patients with various anxiety and panic disorders. Xanax has a very rapid onset as it is readily absorbed into the blood. 90% of its peak effects are felt within the first hour of administration

Because of its rapid onset and long half-life, Xanax is both the most-prescribed and most abused sedative.

Xanax is often misused among users due to its sedative effects. They produce euphoric feelings that can feel similar to the effects of alcohol. They can cause feelings of drunkenness and relaxation

Xanax can have fatal consequences when combined with alcohol. This can result in severe respiratory depression and death.

Fentanyl is an extremely powerful synthetic opioid.  Fentanyl (commercial names include Actiq, Duragesic, and Sublimaze) is 100 times more potent than morphine It is prescribed by doctors to treat patients with severe post-surgical pains or advanced stage cancer. It is also used to treat addicts who are physically dependent on opiates. It is administered as an injectable solution, lozenge or skin patch

Fentanyl sometimes is deceitfully packaged as heroin or cocaine on the black market. This can be extremely dangerous for users who are unaware, and due to its much greater potency, it may lead to coma or death due to severe respiratory failure.