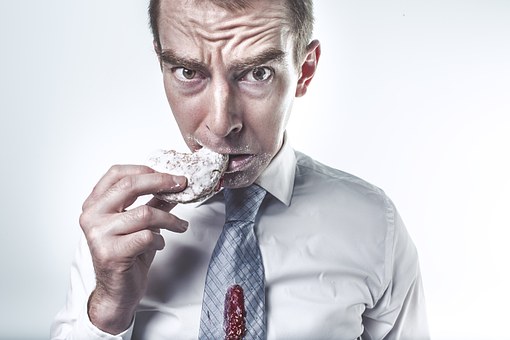 Different signs of ADHD show up at different levels of life. How do you know an adult has ADHD? How can you spot those signs that signify an adult has ADHD? These manifestations may affect your adult life negatively with varying degrees in different individuals. The professional life of several people living with ADHD is also affected by this medical condition.

There are several ways ADHD may affect your adult life, such as accrued financial cost of them are outlined below:

One of the challenges faced by people with attention deficit is the lack of control it brings. This lack of control forms the core part of the attention and hypersensitivity disorder. Adults with ADHD have been observed to eat compulsively. The dynamics of ADHD is such that it interferes with your endocrine system. The hormonal levels get distorted, especially that of dopamine.

Dopamine is released whenever you are enjoying an activity. However, in people with ADHD, the levels of dopamine in the blood system, secreted during pleasurable events, is very low. This is why healthy people get satisfied and stops because dopamine has peaked. Whereas people with Attention Deficit Hypersensitivity Disorder still want to have more because their dopamine level is not high enough for satiety. This leads them to hunger for more, even though they should have stopped. Therefore, if you notice that you have an uncontrollable impulse to consume food without control, you may have persistent ADHD.

The cases of drug abuse have been on the rise of this new millennium. The age range of people participating in taking illicit drugs have widened and lesser border seen to be further decreased. Studies have shown that some adults have been involved even as teenagers through the influence of their peers.

The research was able to detect a connection between ADHD and substance use. It has been shown that the characteristic lack of control seen in ADHD also leads to extreme use of illicit drugs and the abuse of Over-the-counter drugs. Dopamine levels released in healthy people is different from that of ADHD individuals. So, if you have ADHD, you may find yourself in need of higher doses to reach the level of euphoria others get to with lesser doses. However, the drug reaction in the body is still the same, and as a result, you are at higher risk of any side effects and addiction.

Many issues are attached to the uncontrollable impulsiveness found in people with ADHD. If you have been battling with alcoholism, you may be showing signs of ADHD as an adult. If you’re assessed and it is the case, all you may need to get free is the proper management of your attention deficit hypersensitivity disorder. There’s been a series of cases that shows a relationship between addiction, compulsiveness, and ADHD. This has led many to focus on ruling out this condition as they help alcoholics recover to a healthier state.

If you worry once in a while, it is quite typical of a healthy person. However, if you are always on edge and get perturbed about almost everything, you may be suffering from anxiety disorders. Research has shown that people with ADHD are often anxious. This finding has led healthcare professionals to another discovery that some patients with anxiety disorders may be suffering from the effects of Attention Deficit Hypersensitivity Disorder in their adult life. Consequently, when ADHD is treated individuals who initially suffer from panic attacks, and anxiety shows rapid improvement. This is why you should not just brush aside frequent anxiety disorders or panic attacks because it might be ADHD that lasted into adulthood.

Any disease stresses the body and makes us suffer to an extent. You may discover you have comorbidities of the cardiovascular system, respiratory systems, digestive system, nervous system, and even the musculoskeletal system. These issues may present as follows:

ADHD can affect the body, raising your stress levels as an adult, and opening the door to several disorders. There’s nothing better than checking with your doctor to confirm you don’t have ADHD because if you do, that will be the beginning of a healthy life.

Sleeping disorders affect one’s mental health. Several signs like sleep apnea, snoring, and restless leg syndrome can be signs that you have ADHD. Attention Deficit Hypersensitivity Disorder have been shown to affect the body’s normal mechanism, including the dynamics of sleep. Even as an adult, you may have an undiagnosed case of ADHD, which could be treated to return your sleep to normalcy.

It is crucial for one’s career to be diligent, punctual to appointments, and disciplined with finances, but with ADHD, it is almost impossible to be proficient in any of them. Adults that struggle with the above values may have ADHD. The feel-good hormone from possible daily distractions makes it very difficult for adults with ADHD.

Children are glued to the screen if they find it amusing, adults are attached to their phones if they find it exciting. ADHD may be the reason your loved one can’t be separated from their phones for a minute. Adults are devastated if they lose their gadgets, just like children with ADHD throwing tantrums. It is such similarities that have made healthcare professionals question the connection between ADHD and phone addiction in adults. 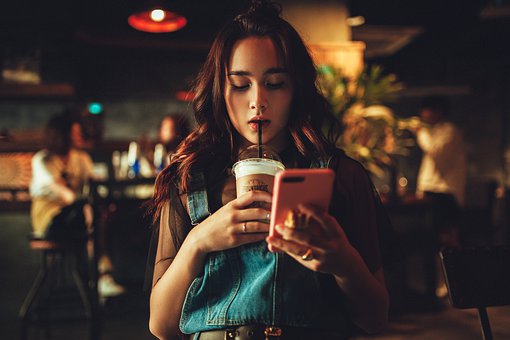 People with emotional outburst have a psychological issue bothering them or existent. ADHD takes out the fun in most things, as adults living with ADHD constantly seek something to enjoy. If you find yourself or your partner continually drifting apart, they may just have attention deficit disorder as an adult.

It takes two to play the game, you have to be present psychologically for sex to work. If you have ADHD, it is likely your mind wonders a lot during sex, and your partner is left unsatisfied. Your partner may not be mad, you probably have ADHD.

ADHD affects children and poses a threat to the possibility of living a healthy life. There are several ways of identifying and managing the condition. This is crucial as if it is not managed adequately, and it may persist till adulthood. Adults with ADHD struggle with many things that healthy people do with ease. Check out with your doctor if your life is affected in any of these ways.