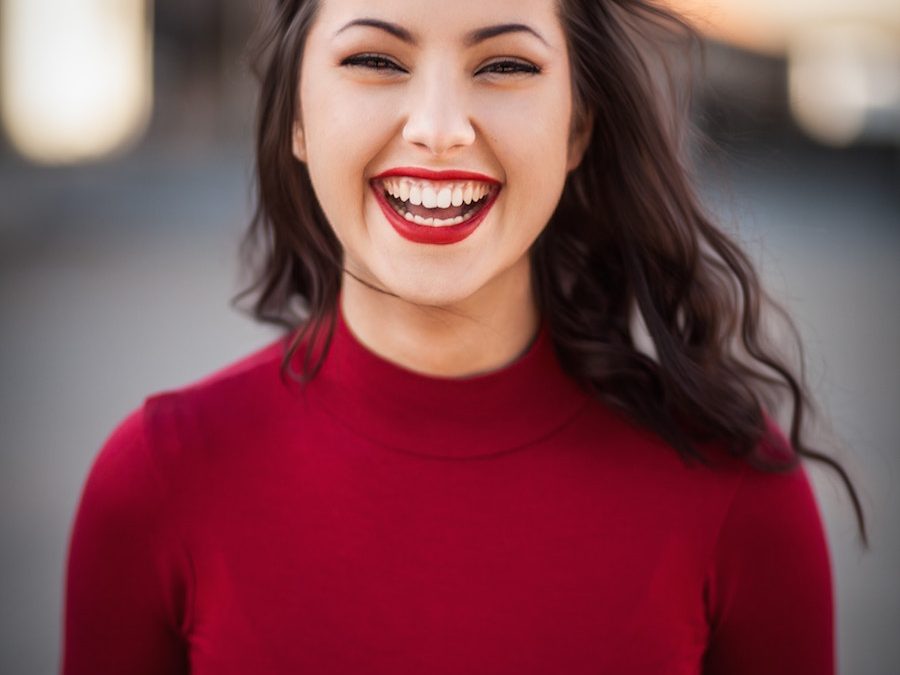 Charitable giving is a financial or non financial gift that is given by a person or a group to another individual or organization. It should be done without expecting any direct financial benefit in return. One can give in the way of cash or non financial gifts. Charitable giving is best when it’s done at one’s free will and without much compulsion. There have been discussions about who benefits more, “the giver or the receiver.” Ironically, a consensus has been reached that “it’s more beneficial to be the giver than to be the receiver.” Read on for the top 10 ways charitable giving improves your health.

This notion might have found its origin in the various religious books. The Bible clearly states in one of its verses that “it is better to give than to receive.” It further bolsters this point when it says that “Christians should outdo themselves in giving .” Scripture richly supports giving.  There are many other groups that value giving as a part of their culture and life fulfillment. It’s evident that the act of giving is as old as man, and the importance cannot be overestimated.

Recently, the two wealthiest men in the world, Bill Gates and Warren Buffet, came up with an initiative known as “Giving Pledge” . The idea is that any dollar billionaire should commit their wealth to support noble causes. So far, about 168 people have keyed and accepted this initiative. The effect of giving is in two ways. On the one hand, it’s a relief to the receiver, while on the other hand, it has many benefits to the giver. However, people and bodies have motives of giving. Even though charitable giving should have no direct financial gains, it does certainly come with benefits. Below are some of these benefits to the giver, followed by 10 ways charitable giving improves your health.

The Benefits a Company Can Get from Giving Charitably to the Community Include:

1. Giving Earns them Respect and the Trust of their Community

Corporate social responsibility helps the company build a lot of respect in the community. In addition, taking that responsibility seriously fosters unity and improves on the cooperation between the company and the community. An example of this can be found in the oil-rich areas of Nigeria. Oil companies such as Shell and Chevron continually support and build infrastructure in their host location. They build and equip hospitals. They build standard roads, and they sometimes send the qualified citizens abroad for further studies. Also, they often dole out cash to the elders of the society, somewhat like a peace offering. They have been doing this for years, and it has, to a reasonable extent, earned them the respect and the cooperation of the society. On the other hand, the lives of thousands, if not millions have been monumentally improved. It goes beyond the monetary value. The investment they are making in the future of the youths of the society, by investing in their education, will impact them forever.

2. Improves the Condition of the Community

Improving the infrastructure of the community is not just to the interest of the society, but also to the company itself. Employees can get to work earlier, improving the overall efficiency of the staff. In addition, investing in schools and embarking on several projects, engages the youth, whom hitherto, would have gone on to sabotage the performance of the company. This is common in the oil filled sub-Saharan Africa. The youths of the community would go on to burst the oil pipelines, just to show their grievances to the company. The company often loses millions of dollars due to the damage done. This could have been avoided if they had invested more in the society. Also, companies do engage in initiatives that improve the environment. Some dedicate funds to plant trees all over the community, while others invest in keeping the ocean clean. In the United States, similarly, investing in your schools by helping with fundraising can keep kids involved while providing opportunities for them to learn and grow. Our kids are our future so investing your time and money into school fundraising events like Feed the Need, Golf Marathons, Sporting Clay Shoots, and others will allow you to be a part of building our future leaders.

3. The Leaders of the Company Earn the Respect of Their Workers

Investing funds in the various infrastructure of the community improves the standing of the company. Great company leaders include their employees in growth and opportunities for better positions, thus increasing employee satisfaction and work ethic. Feeling valued can be a major motivation for the staff to do their best work. Obviously, this is in the best interest of the employer as well. 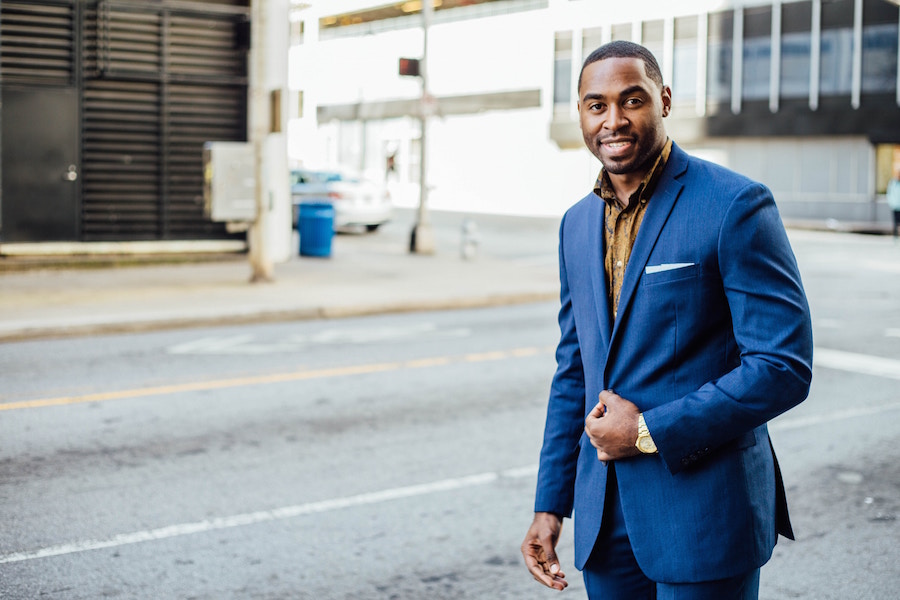 Giving charitably can help you save a lot of money. This can be done by carefully listing what you have donated to charity (it can be in the form of anything, unused items, clothes, cars), and applying for a decrease in your taxable income. This reduces the burden associated with the tax.

2. Improves the Condition of the Community

3. Decreases the Level of Stress

According to research done at John Hopkins University, it was found that people who donate charitably are usually less stressed than those who don’t. Reduced stress comes with a diminished blood pressure level. Charitable giving improves your health. People who regularly give to others often live longer. The good hormones, such as dopamine and oxytocin, have also been implicated in this. They reduce stress and reduce having heart-related diseases.

According to research done by psychologists, it was found out that individuals who give to people or humanitarian bodies are usually happier with their lives. It also provides them a sense of satisfaction. Overall, you’re going to be more pleased and more satisfied with life if you start giving.

5. Teaches Your Children the Act of Generosity

Children see their parent as their heroes. So they like to replicate everything they do. Parents, directly and indirectly, influence their children. When your kids see you donating money to humanitarian purposes, they pick up this habit too. You can directly impact them by encouraging them give toys to orphanages. This makes them realize that they should care for people around them, regardless of how much money they have.

7. It Improves Our Self-Esteem

Supporting our communities, an organization, or an individual makes us feel purposeful. It makes people feel relevant and useful. These feelings cannot be easily set aside.

Besides the indirect financial reward and other benefits people get from charitable giving, giving also improves our health.

Read on for the top 10 ways charitable giving improves your health.

According to research done at John Hopkins University, it was found that people who donate charitably are usually less stressed than those who don’t. Reduced stress comes with a reduced blood pressure level. Apart from this, it’s been discovered that patients suffering from coronary artery related diseases, that offered some help to others, recuperated faster than those who didn’t. Charitable giving improves your health.

2. Giving Triggers the Secretion of Hormones that Make Us Feel Good

Hormones such as dopamine and oxytocin are chemicals that make us feel good and happy. These hormones surge when we help others or donate to people, helping to keep away such problems as depression and anxiety.

According to research done by some psychologists, it was found out that individuals who give, either a financial or non-financial gift, generally feel happier. It also provides them a sense of satisfaction. Overall, you’re going to be happier and more satisfied with life if you start giving. School fundraising events are a good place to start.

A study done on some Harvard students found that their antibody levels upsurged just at the thought of giving charitably. The pleasure levels heightened when they were presented with some humanitarian groups, and asked to choose one they would like to donate to. This clearly indicates that giving is beneficial to our health. This is one of the best ways 10 ways charitable giving improves your health.

Charitable actions trigger the release of endorphins. These hormones are produced as a response to pain in the body. They help us feel less pain. These hormones are released more when we help people. It might be as little as assisting those in similar conditions. It was noticed that those suffering pains experienced a dramatic decline in the intensity of the pain when they decided to help others.

6.Charitable Giving Reduces the Chances of Having Heart Disease

Studies show that those who make their lives just about themselves are more prone to having heart disease, as compared to those who do some charity work. Giving brings satisfaction and reduces stress. This lowers the blood pressure, and subsequently, keeps the heart in good shape.

7. Giving Reduces the Chance of Getting Depressed

Giving without expecting anything in return is satisfying. The act of charitable giving release feel good hormones throughout your body. Giving gives you some satisfaction that you might get from any other thing. This greatly reduces the risk of getting depressed. In addition to this, it has been observed that those who are sad, due to the loss of a loved one, found some respite in helping others.

People who regularly give to others often live longer. Life is always better when you do not put yourself first every time. The good hormones, such as dopamine and oxytocin have also been implicated in this. They reduce stress and reduce your chances of having heart-related diseases.

Supporting our community, an organization, or an individual makes us feel purposeful. It makes people feel important and useful. These feelings cannot be forgotten in a hurry.

Giving has been directly linked to how people perceive their health status. People who have a good perception of their health often fall ill less frequently, and live longer than those who often worry about it.

We hope you enjoyed these 10 ways charitable giving improves your health.

Charitable giving benefits your health in many ways. If you are confused on where to give, Christian school fundraising events are a good place to give, because you are investing in our future leaders. Children are the leaders of tomorrow. Invest in someone else’s future today.

Yörük, B. (2014). Does giving to charity lead to better health? Evidence from tax subsidies for charitable giving. Journal of Economic Psychology, 45, pp.71-83.

Yörük, B. (2014). Does giving to charity lead to better health? Evidence from tax subsidies for charitable giving. Journal of Economic Psychology, 45, pp.71-83.