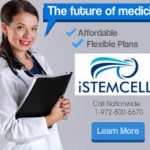 Multiple myelomas also referred to as plasma cell myeloma is cancer that affects the white blood cell called plasma cells. The plasma cells under normal circumstance help the body to produce antibodies that can identify and fight off diseases and microorganisms. The disease often does not present with signs and symptoms initially, however, some symptoms are presented in the advanced stage of the disease. Some of the signs and symptoms of multiple myeloma include bone pain, recurrent infections, anaemia, and bleeding might occur. It often gets complicated by amyloidosis. The exact cause of this disease is not known yet, however, there are some factors that increase the development of the disease. Some of the factors that could increase the chances of having multiple myeloma include family history, exposure to a large dosage of radiations for a long time, excess weight and obesity, alcohol consumption, exposure to some chemicals and so on. As earlier explained, this disease occurs as a result of the uncontrolled production of antibodies by abnormal plasma cells. This can eventually lead to renal problems, and also make the blood overly thick. The plasma cells can also aggregate to form a mass in the bone marrow. This disease can be diagnosed based on the symptoms, but most importantly based on the laboratory tests and evaluations. Some of the tests that is performed include a blood test, urine test, and bone marrow biopsy. The physician would find the abnormal plasma cells on the imaging test. In addition, the patient will present with an elevated blood hypercalcemia. This disease can be treated, but it in most cases, cannot be cured. Some of the treatment procedures include the use of corticosteroids, chemotherapy, radiotherapy, thalidomide and stem cell transplant. You can buy stem cells online, but preferably, the doctor might harvest the cells from the patient’s blood. The survival rate of this disease is usually 5 years, depending on the severity of the disease.

What Are The Signs And Symptoms Of Multiple Myeloma?

This disease usually affects many organ systems of the body. This is why the signs and symptoms might differ in people. However, the general symptoms of the disease can be identified with the synonym CRAB. This stands for elevated Calcium, Renal failure, Anemia, and Bone lesions. This disease also gives room for opportunistic diseases, mainly as a result of the compromised immune system. Multiple myelomas also lead to the loss of weight. Below are the symptoms in details;

What Are The Causes Of Multiple Myeloma?

The exact causes of multiple myeloma are not known yet, however, there are some factors that increase the risk of having this disease.

What Are The Risk Factors For Multiple Myeloma?

Some of these factors that increase the chances of having this disease are;

How Is Multiple Myeloma Currently Treated?

This disease has no cure, however, there are some treatment procedures that are important in reducing the progression of the disease, and to also reduce the signs and symptoms. Some of these include targeted therapy, corticosteroid, chemotherapy, and radiotherapy.