The Impact of Flood Waters On Mental Physical and Emotional Health

Flooding is the temporary overflow that buries a land that is typically not covered by water. The flood might be transient, but it leads to the damage of properties, diseases, sometimes the loss of lives, and fear in the mind of people. Floods can occur after a prolonged torrential rainfall when snow ice melts rapidly. Flooding can also happen when the waves of the ocean spread to the shore. In addition, floods occur when buildings are other materials such as dirt obstruct the natural flow path of the water.

These buildings would be submerged, and even totally damaged if the water current is very fast. Floods tend to build up over time, and often times, there are always some signals to indicate that it will happen. However, there is a more dangerous kind of flood, the flash flood. This flood just like the name suggests comes like a flash without any warning. It develops rapidly, most times within minutes, and without any signs of rain. Floods are not localized to any part of the world. Floods can happen anywhere in the world. The most recent case was in the Caribbean and some parts of the U.S

This kind of flood occurs when the river water spreads beyond its bank. This can be due to a prolonged heavy rainfall; it could be due to the melting of snow ice. River flood can be aggravated, when the natural path of the water flow is blocked, either by illegally built structures or due to the blocked drainage system. Flooding occurs in the tropical during the raining season, while in other climes, it can occur in both spring and winter season. River floods might cause the damage to properties, but they do not often lead to the loss of lives. This is because, they give signals, and they build up over a certain period of time before wreaking havoc.

This type of flood happens in an area that is along the coast. This may be due to a rise in ocean tide, usually precipitated by winds. It can be also be made worse by an elevated upstream water flow. Coastal areas can get flooded by storms such as tsunamis and cyclones. When this occurs, the zone first zone would be the coastal area along the water body.

This is an unusual rise in the level of the water body. This can be caused by high waves and storm’s wind coupled with an atmospheric pressure that is low. Storm surges are very dangerous and can submerge large coastal areas. An example of a surge that recently happened was the hurricane, A damage of about two hundred billion dollars was done. It affected some parts of Texas and Louisiana, Peru, and some other Caribbean countries. Apart from property damages, lives have been lost to storm surges. More than 1600 people died from Hurricane Katrina. Storm surge is the most important threat to lives and properties in areas along the coast.

Urban areas have always had the problems of space and population. Most people want to live in the city, so they migrate from their various towns and villages for a better life. This leads to congestion and overpopulation. Subsequently, the facilities such as the drainage system would be overwhelmed. It takes only a little rise in the water level, snow ice melt or rainfall that is prolonged for the flood to happen. Urban flooding can occur even when the area is not close to large bodies of water such as Rivers and Oceans. Apart from the causes listed above, it can also be caused by the accumulation of water due to bad or damaged water pipes. There have been cases where the pipes that supply water to communities got burst. This led to a flood within a short period of time, due to the high pressure in the water pipes.

This flood just like the name suggests, comes like a flash without any warning. It develops rapidly, most times between minutes and less than six hours. They happen when rain falls heavily within a short duration, usually about six hours. Flash flood sweeps everything before them. They can occur minutes after a torrential rainfall. However, they can also occur without rain. For example, due to some infrastructure damage. There have been cases when water is suddenly released from dams. This leads to flood and can destroy properties and lives within a short time

This occurs due to some infrastructure damage, an example is when the drainage system of a place collapses, may be due to natural occurrences such as earthquakes. In addition, there have been cases when water is suddenly released from dams. This leads to flood and can destroy properties and lives within a short time.

Beyond the destruction of properties, and sometimes the loss of lives associated with flooding, it leaves behind a plethora of health hazards, that people might not even be aware of. This includes both physical and mental and emotional health implications.

Shortly after a flood has happened, it would take some days for the water to dry up. All the dirt, the content of sewage system, and the broken drainage system will mix together. This is the ideal habitat for most micro-organisms to breed and grow. This exposes the vulnerable population to all kinds of diseases. Below are some of the health risks associated with flooding;

A lot of people get packed into a small space after floods. This gives room for all types of infection, including both respiratory and gastrointestinal problems. In addition to this, the dirty environment, and inadequate water further worsen the situation. Bacteria such as E. Coli and different strains of Staphylococcus bacteria

Mosquitos favorite place to breed is in stagnant bodies of water. This happens, especially after floods in Sub Saharan Africa. The flooded zone is often infested with mosquitoes, shortly after the flood.

Tetanus is caused by Clostridium It’s caused when wounds are exposed to the body fluids of someone that has it. The feces from someone that has the disease can also be a cause. The toxins attack and break down the nervous system.

This happens to communities that have oil or petrochemical plants. Sudden shut down of big engines leads to the release of an enormous amount of fumes and chemicals into the environment. These companies would hurriedly shut down their engines, due to the urgency of the situation. This sort of pollution can’t be controlled because they are largely unmonitored when there is a flood.

5. The Growth of Mold

Molds grow and thrive in an environment that has more than 55% humidity. The humidity in places affected by the flood, is always more than this for a long time. This is because it takes a while before the land becomes dry again. Although not all molds are dangerous, there are some poisonous species. The mold was implicated in the death of some professors after Hurricane Katrina. Below are some of the symptoms associated with mold

People lose all they have ever had in life to floods. Some even lose family members. These occurrences lead to mental breakdown and a feeling of dejection. Properties lost can still be recovered using insurance, but lives lost can never be recovered. In addition, some properties can never be restored. Such as gifts from parents or grandparents. All these events coupled together can trigger depressive symptoms in people. A rehabilitation center has to be set up for people. This is to help them deal with their losses.

How To Avoid Diseases During Exposure To Flood Water

How Does A Flood Impact Emotional Health

Things could get overwhelming, stressful and frustrating for people affected by floods. People lose all they’ve ever had in their life to floods. Some even lose family members. These occurrences lead to mental breakdown and a feeling of hopelessness. Properties lost can still be recovered using insurance, but lives lost can never be recovered. In addition, some properties can never be restored. As an illustration, gifts from late parents or grandparents. All these events coupled together can trigger a mental breakdown in people. Below are some things that can be done to improve the situation

Are There Mental Diseases Associated With Flood Trauma?

Flooding leads to loss of lives and properties. Most of the affected people are frustrated, angry, overwhelmed and stressed. According to numerous studies done on individuals affected by flooding, it was observed that majority of them suffered from the following conditions

How to Rebuild Your Home, Life, and Health After the Flood?

The thought of recovering the lost properties might be overwhelming for most people, however, the best approach is to take it one day at a time. Go for a medical check-up as soon as possible, so urgent medical needs can be taken care of as soon as possible. Also, seek for the assistance of a financial advisor, to guide you in getting funds and possibly getting some insurance funds.

Ways to Stay Healthy When a Flood Disaster Strikes

If you have been the victim of a flood and need help with your broken pipes, flooded basement, slab leaks, gas leaks, drain cleaning, and other plumbing problems, call one of our trusted professionals. 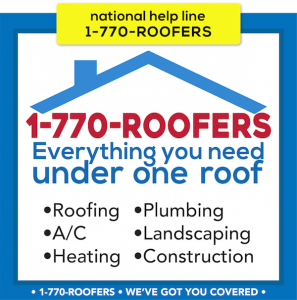