Why Your Stomach Hurts 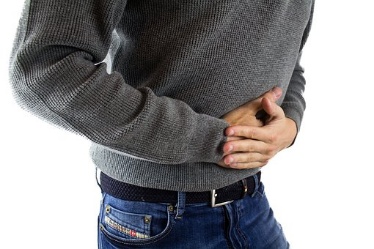 A gastroenterologist usually diagnose most complaints that come as a result of a painful feeling in the region of the stomach as abdominal pain. It is a norm that in one particular time or the other, individuals have complaints of pains in their abdominal region. Although, the resulting factor of the abdominal pain in some cases happens not to be a thing of worry.

This is simply because it can be easily identified and treated by healthcare professionals. Sometimes it comes as a serious sign for a major health challenge that might be life-threatening. The term stomach ache is also known as cramps which may or may not be serious.

Many individuals can’t even tell the difference between the various aches that are experienced in their stomach. This tummy ache is usually not a major health issue and subsequently not serious and doesn’t last for long. For some individuals, abdominal pain could be as a result of irregular bowel movement which has led to chronic congestions in the abdomen.

Sometimes the stomach pain can increase the possibilities of developing a bloated stomach which is as a result of trapped air in the abdomen. It is not of foremost concern as it can be treated with ease. When a doctor comes in contact with a patient that is complaining about a stomach ache, they’ll be able to relieve the patient of their troubles.

Doctors will try to determine if the cramp is functional or structural. The doctor would also try to know if the pain had degenerated to any of the surrounding organs. The health of the entire digestive system can be affected through stomach ache, and the stomach ache could even be a pointer to other issues also unsettling the other abdominal organs.

When the nerves and muscles of the digestive tract are not functioning correctly, it results in disorders and the organs would not be working as it is supposed to work. There are times when this occurs that the gastrointestinal tract might still appear normal. This is why it is always advised that the individual should be properly diagnosed by a healthcare professional.

According to Dr. Linda Lee, she has been able to find that muscular contractions as directed by the nervous system can also cause severe stomach pain. It also appears that the disorder could be quite challenging as it might not be easy to see the condition of the muscles and nerves in the gastrointestinal tract. So the issue of stomach pain can be driven by multiple conditions that can cause the hurt to be severe. 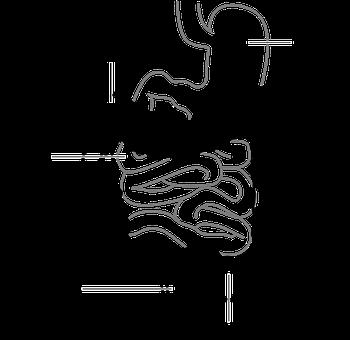 Another reason stomach hurts is called Irritable Bowel Syndrome (IBS). This also leads to diarrhea and makes the tummy bloated. Unlike other causes that lead to abdominal pain, there is no experience of losing weight or bleeding in the abdomen. The irritable bowel syndrome over time can be quite severe.

When it comes to being constipated, there are multiple issues involved. Sharp pain can occur in the abdomen area which would increase the feeling of pains in the abdominal areas. This then goes to affect the regularity of the bowel. This also makes the abdomen bloated and loaded with wastes. When lots of waste is accumulated in the colon, it starts to decompose and release different toxic substances that are very harmful to the body resulting in abdominal pain.

Ulcers are situated in different parts of the body especially at the stomach region, and they are referred to as gastric ulcers or peptic ulcers. Ulcer also comes with symptoms like heartburn, nausea, and vomiting. This is also a significant reason for stomach pains.

When the pancreas is inflamed, it leads to a sharp and severe pain that occurs at the upper middle of the abdomen. This can occur in a chronic condition. The pain is usually severe and sometimes come with a fever. It is also called pancreatitis.

In a situation when the small pouch in the large intestine is diagnosed to be infected, then the individual would experience discomfort in the abdomen. Diverticulitis may also lead to inflammations in another area of the colon too. Other symptoms come with diverticulitis, which are high fever, nausea, and vomiting.

When it comes to stomach ache, it comes in different dimensions, and different reasons cause it. For instance, severe abdominal pain comes with a serious level of discomfort putting the patient in a precarious state. It is also meant to be addressed as an emergency. This is because of cases where the pain is felt in particular areas of the abdomen that houses vital organs. This is the reason why most healthcare centers treat the case of severe cramp as an emergency.

For example, if an individual feels pain in the lower part of the abdomen especially the right side, it might be a case of appendicitis. The case of appendicitis is a very serious issue that causes severe abdominal pain as well. This occurs when the appendix is inflamed. This pain becomes unbearable at the lower right side of the abdomen. Such patients may need an emergency procedure to relieve the excruciating pain they are subjected to, through a surgical procedure called appendectomy. This is the removal of the appendix as humans can survive and lead normal and healthy lives without it.

Finally, whether the individual is suffering from a sharp pain, cramps or a mild stomach ache, abdominal pain can have so many causes that must be critically and adequately treated. There are cases of females having abdominal cramps because of ovulation and menstruation as well. What matters is proper management, visit your doctor and ensure you get proper medical advice to be relieved.