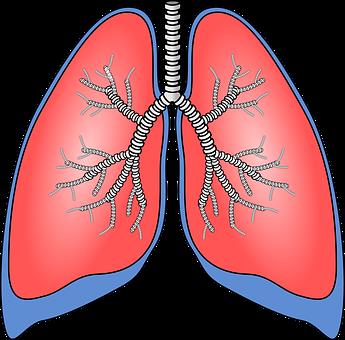 When we talk about some of the chronic diseases in the body, we will put in consideration COPD. COPD is known to be chronic obstructive pulmonary disease. This is a disease that if not handled properly, can cause severe damage to the lungs of an individual, thereby leading to sudden death.

When the lining of the bronchial tubes of an individual that carries air back and forth from the alveoli (air sacs) of the lungs is inflamed for an extended period, the person has chronic bronchitis. This leads to the individual having mucus produced daily and cough. This is a serious condition that people should take seriously and maintain themselves.

Whereas, emphysema is a disease that occurs when the air sacs at the end of the bronchioles of the lungs are damaged. This occurs as a result of exposing the lungs to factory smokes and cigarette smokes. If the chronic obstructive pulmonary disease is properly managed, it can then be treated as they can achieve excellent control of the symptoms and good quality of life.

Proper management of the disease can lead to reducing the risk of other conditions that are associated with the disease. So it is crucial for you to diagnose the disease at its early stages to determine the best treatment that would help improve the individual’s health. This is because the chronic obstructive pulmonary disease is a severe and progressive lung condition, and can be life-threatening.

Based on the study of the Global Burden of Disease Study of the (WHO), it was observed that an estimate of 251 million people in the globe was affected by the COPD in 2016. Also, there is an estimate of 3.17 million deaths caused by COPD. These estimates have shown that there are many cases of the chronic obstructive pulmonary disease ravaging the globe, and individuals must take their treatments seriously.

So it is vital for you to know the symptoms that signify that one has COPD. This would help you know when to see the doctor for prompt diagnosis. In this article, we are going to discuss the warning signs of chronic obstructive pulmonary disease.

When you start experiencing the production of mucus in excess from the airways, it is possible that you are developing COPD. This is because this happens to one of the symptoms of the disease. The airways of the lungs need to be kept moist that is why mucus is necessarily produced in those regions. Mucus is also needed for the irritants that get into the lungs.

Additionally, it is instrumental in capturing the germs that enter the airways. However, excess mucus is produced when you inhale particles that irritate the lungs, which then leads to coughing as the body tries to eliminate the foreign body. Common examples are like cigarettes smoking, which can lead to coughing and excess production of the mucus for an extended duration.

When the lungs become consistently exposed to irritants for a long period, it can degenerate into COPD and eventually lead to the damage of the lungs. Irritants such as dust, chemical fumes, exhaust as a result of air pollution, hairsprays, and perfumes can also be hazardous to the lungs.

Shortness of breath and Tiredness

It is also evident that when you begin to experience persistent shortness of breath, and you get tired easily, you might just have COPD. When you begin to feel an obstruction in the passage of air in your lungs, and it becomes difficult to breathe leading to shortness of breath, you might have a chronic obstructive pulmonary disease. Although you still need to see a healthcare professional carry out a proper diagnosis, this sign is enough for you to visit a doctor. Shortness of breath is one of the common symptoms of COPD. Some individuals find ways to manage their breathing challenges as they become less active, on the other hand, they lose their physical fitness.

However, if they exercise to keep fit, shortness of breath could occur. Their entire situation gets worse through time. So when you have a chronic obstructive pulmonary disease, it is best you visit the hospital as fast as possible, as it could result in low levels of energy and fatigue all the time. The worst part is that you don’t want to be gasping for breath while sleeping. This is a health condition that can be well managed by physicians and has a good prognosis, once you start experiencing difficulty in breathing, do not hesitate, get the next available appointment with a doctor.

Chronic cough also turns out to be one of the first symptoms of COPD. It also comes with the experience of a persistent cough in the chest that hardly goes away by itself. According to physicians, when a cough lasts longer than 2 months, the cough is said to be chronic.

When an individual inhales an irritant like tobacco smoke as a second-hand smoker or as a direct smoker, the cough is the body’s protective mechanism in response to the irritants. This helps in removing phlegm and mucus from the lungs and the entire respiratory tract.

Be wary of these warning signs of COPD to facilitate prompt diagnosis and treatment. When diagnosed, it can be treated at its early stage. This will prevent it from getting worse and killing you.